Listen...Do You Want to Know A Secret? 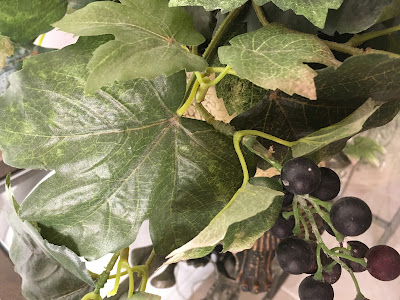 When I was first diagnosed with cancer, the oncologist suggested we wait to administer chemotherapy. "We have only one bullet to shoot at it with," he said, "and we don't want to use it too early."

I left with a schedule of recurring appointments, a little concerned but very relieved.

My husband and I walked through the halls of the multi-story downtown office, emerged into the bright sunlight, and paused. Beside bustling traffic, we stopped and offered a prayer of thanks.

We were so relieved. We'd been prepared for the worst, so when the doctor told us we didn't need to do anything right now, it felt like we'd been sprung free.

Before we got in the car, my husband looked at me.

If there's one thing I learned from my brother's death, it was this: In God's economy, we are meant to be in community.

I'd learned that lesson following my brother's death.

I never told anyone about Jim. Since he'd moved here recently and suffered from mental illness, none of my friends knew him anyway. I didn't want me or him to be judged, so I never talked about him. Most people didn't even know I had a brother here.

I still kept it to myself, fearing they'd wonder why I never told them about my brother. And they'd ask questions. And they'd find out he wasn't a successful engineer, or salesman or anybody important. I just didn't want to go there.

Keep it to yourself, the devil suggested. And I did.

The wall of isolation grew bolder. Inwardly, however, I was crumbling.

Not telling anybody only made things worse.

Healing began to take place only after I opened up, admitting my shortcomings, his weaknesses, and my fears. It was only in my brokenness that I could become whole.

There's no cover-up with me. What you see is what you get.

Joe opened the car door, I slipped into my seat and looked him in the eye. "Oh no," I said. "I'm telling everyone. I need the prayers. I need the support. I am not hiding anything."

I don't regret that decision.

You, many of my friends reading this, have been such a tremendous support, each in your own unique way. And even in my debilitated state, there are things I can do for you. I can pray. I can listen. I can write this blog. It wouldn't be the same without you. I thank you and I thank God for you.

So, what's the chink in your armor? What are you hiding?  Will you talk to someone about it today? Someone who can point you to the healing power of Christ?

Let your weakness show. Share it. Don't keep hiding it. Be honest.

Besides, at the end of the day, God is the one we answer to, and He already knows everything anyway.

I promise, He'll set you free.

For everything that is hidden or secret will eventually be brought to light and made plain to all.
Luke 8:18