Part III - Who's Controlling These Thoughts, Words and Actions? 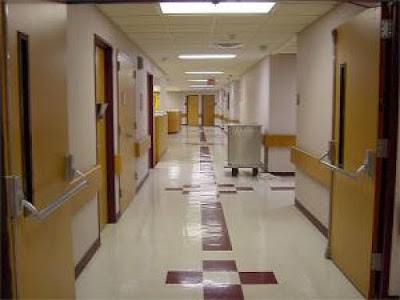 Click here for Part I and Part II of this story.

The kids were riding bikes after school when my husband, Joe, came home early from work. He'd been out on sales calls all day so I'd been unable to reach him by phone (this was before cellphones) to communicate the day's unnerving events.

But that's just what he did.

Joe barely set his briefcase down when I flooded him with the news.

I described Debbie's unexpected visit that morning and how she insisted that I check on Jim. I told him how I found Jim in his apartment, sprawled across the floor and unable to move. I told him about how Jim refused to let me call for emergency help  I told him how the phone rang unexpectedly and how the caller diffused my panic, then directed me to call 911. I told him how, much to my relief, the emergency responders convinced Jim to go to the hospital with them.

"What?" I said. "Who will watch the kids?" Our sitter wasn't home from school yet and I wasn't willing to leave my newborn with just anybody.

Joe suggested we call my friend's mother, who miraculously answered and agreed to come right away.

The hospital lobby was bustling with activity. My heart raced as we asked the receptionist which room my brother was in. I wondered...What would Jim be like? What would we find? I knew this was serious, but I'd managed to ignore that fact. Would I have to face it now?

Joe and I took the elevator up to the fourth floor and found Jim's room at the end of the slick hallway. I raced in ahead of Joe. My brother, covered with starch white hospital sheets, lay motionless in the bed. Nasal tubes encircled his face, pumping oxygen with an eerie rhythmic beat.

I approached Jim, calling his name. No response.

I announced our arrival. Still no response.

My husband and I stepped into the hallway and hailed a nurse.

"He's fine," she said. She marched into the room. "He'll respond. You just need to get in his face, close to him." She leaned over and called his name, inviting me to do the same. Then she left.

I tried, but it made no difference. Jim's sleeping form remained unresponsive. Since the nurse didn't find cause for alarm, neither did I.

I joined Joe at the foot of the bed.

There, I studied my brother's sleeping form, assessing the situation. I was glad we'd come, but it didn't appear to matter to Jim at all. He seemed totally unaware.

Without voicing my thoughts, I decided Joe and I could stay awhile more, make a decent appearance, and then leave.  Maybe tomorrow Jim would be awake.

Besides, it was still early enough to get home before the kids went to bed. Joe could even make it back in time for his weekly tennis match.

As soon as that thought ran through my mind, however, something snapped. It was like someone flipped a switch and I was overpowered by a supernatural force.

I grabbed the sturdy wooden chair next to Jim's bed, shifted it, sat down, and looked up at Joe.
"I'm not going anywhere," I announced.

Joe shook his head. "Who said anything about going anywhere," he said."We are staying."

Surprisingly, the commands poured out of my mouth.

"What are you going to do?" Joe asked.

I was glued to the chair, I was shockingly resolute. Who was this doing the talking?

"What will you do then," he asked.

I didn't know what was to come. I didn't know why I was so sure he had to go or why, just as I was considering leaving, something convinced me to stay.

But I do know the panic was gone. There was no fear. There was only the moment...

As God would have it,  Joe, who really didn't like hospital environments, left to go play tennis. That enabled me to turn my full attention to my brother.

It was all for the best.