This is Part IV of a day that forever changed my life. Go here for Part I, Part II and Part III 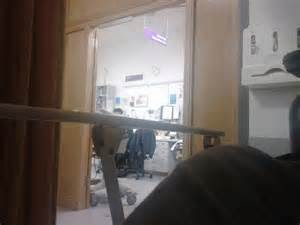 When Joe finally left the hospital, I was able to focus solely on my brother Jim. Although he'd been unable to acknowledge my presence, I stood at his bedside, leaned close to his face, looked into his eyes and spoke. The lids fluttered and opened. His big blue eyes slowly turned toward me.

"Jim," I said.  He tracked me with his gaze. Although he was unable to move or speak, a silent communication developed between us.

I really didn't think beyond the moment or try to comprehend what was happening. Oddly, none of that mattered anymore. Time stood still.

Suddenly, one of the nurses beckoned me into the hallway. As we walked along the slick floors, she questioned me, "Do you know your brother needs dialysis to live?"

"Do you know he's refused that life-saving treatment?"

She rattled details of Jim's condition. None of that mattered to me now. I just wanted to get back to his side.

"Do you have any questions," she asked.

"What happens if he slips into a coma," I asked. "Who makes the medical decision then?"

It felt like someone dropped a heavy metal cargo container on my shoulders. I cringed, dreading the thought that I might have to go against my brother's wishes and permit them to administer dialysis, or violate my personal conviction to fight for his life.

Okay, I thought. Enough. Let me get back to my brother.

"Sure," she said. I hurried toward Jim's room.

"Would you like a clergy to come," she called. "What denomination?"

"Yes, please," I said, suddenly realizing Jim would never want a stranger in the room. But the words were already coming out of my mouth: "Catholic."

I raced back to Jim, resuming eye contact and our intimate communication.  I don't know how long I was there, when suddenly Jim seemed to be dealing with what appeared to be waves of pain. He'd let me know when he wanted the oxygen mask on or off.  I did that for him. His big round eyes stared at me, and I continued to look him in the eyes.

Then, suddenly, I lost his gaze. His eyes didn't close, but he seemed to be looking beyond me. Or maybe through me?

"Jim!" I shouted. I pressed closer. "Jim!" I pushed my face directly in front of his empty stare.

His eyes remained open but the connection was lost. I called out to him. "Jim!"

I moved closer and pressed into his line of sight. No response.

Then I noticed...he was still breathing.

I raced to the other side of his bed. My heart was pounding. My pulse racing.
Urgently, I yelled his name. "Jim...Jim..."

It seemed like an eternity, but it was probably only about five breaths later, when Jim's next breath didn't come.

I raced to the nurses station. "I believe my brother has died," I said.

Despite the urgency, I felt strangely calm.

The room turned into a whir of activity as a medical team rushed in with life-saving equipment. They attached wires and monitors to Jim's body. I was relegated to the outer edges of the room as they tried to shock Jim back to life.

Through it all, I felt freakishly calm.

Standing there, I overheard a conversation in the hallway as the Catholic nun announced her arrival.

"You're too late," the nurse said.

The nun gushed with apologies. "I tried to leave right when you called me, but on my way someone else stopped me. They were in great need too, so I stayed to help and left as quickly as possible. I'm so sorry."

Their conversation faded into the background as the valiant medical team working on Jim turned to me and announced what I already knew:  "Your brother has died."

I still felt strangely calm as they exited, pushing their equipment out of the room.

A moment later the nun walked in. She was just who I needed.

I couldn't believe her perfect timing.

We introduced ourselves and she offered consoling words. I was graced by her presence.

As she opened her Bible and began to pray, I still had no concept of time.

But I didn't need to. It was all being handled for me....