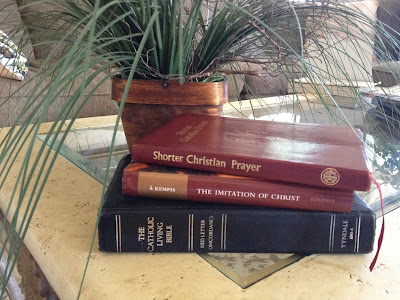 The Great Recession that began in 2008 made it's impact on many households, including ours. The news was abuzz with falling stock markets, defaulting companies and economic doom.

I remember a moment of fear, where I stopped dead in my tracks while walking through our living room. For the first time, I realized how we are helplessly out-of-control of so many factors that determine our economic well-being. Fear began to creep in.

In that moment, I flipped open my bible and randomly read this passage:

And the God of all grace,
who called you to his eternal glory in Christ,
after you have suffered a little while,
will himself restore you and
make you strong, firm and steadfast.

Pretty much, that's what happened. The economic downturn was scary for awhile, and some of my friends lost much, but in the end we all agree we've been restored. Yes, we turned to our faith. Yes, we've been strengthened. It's all good.