Ever wonder if prayer makes a difference? 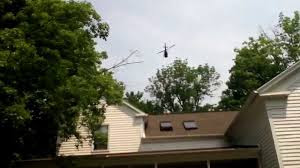 I was talking to my cousin Sharon yesterday about the helplessness we felt while watching the nightly news. I found myself encouraging her to pray for the perpetrators and the victims when suddenly I remembered the following story, published September, 2014. Sometimes  prayer is 'all we can do.'  Sometimes, as in this story, it appears to be enough.

I knew something was amiss when I arrived home to the sound of a helicopter hovering over our neighborhood.  It hung in the air beating an ominous tune while I unloaded groceries from my car, put them away, and headed toward the computer.

I keep the accounting journal for my husband’s business and I planned to enter a long list of invoices that afternoon.  As usual, I checked my e-mails before starting and discovered a neighbor had issued a warning:  Residents: Lock your doors and stay inside.  A gunman is loose in the area. Will keep you posted.

I shook my head, but felt strangely calm. Rather than fear my own safety, my thoughts turned to the distraught gunman. How desperate he must be, I thought, to resort to hiding behind the barrel of a gun.

With that, I began the tedious task of inputting vendors, dates, dollar amounts, and purchase order numbers.  As each invoice was completed, I checked it off and moved on to the next.

About an hour later, with the helicopter still beating incessantly, another email appeared.  The gunman is holed up in an apartment nearby, it said.  Swat teams are at a standoff with him.

A wave of compassion swept over me.

How desperate, how alone and afraid, small and powerless he must feel, I thought.  And as horrible as his life must seem now, I reasoned, it most likely was about to get worse.  I whispered a prayer for the desperate gunman and proceeded to enter the next invoice.

Helicopter wings pounded overhead as the urge to pray grew into outright compulsion. Something was pushing me to pray, and trying to ignore it was like trying not to blink for thirty minutes. I couldn’t disregard it.  It was uncontrollable. It had to happen.

Suddenly, I jumped from my computer and raced to a picture of Jesus in the that hangs in my bedroom.  There, I dropped to my knees.

The prayers gushed forth.

There, on my knees, an intense litany surged forth for this unknown gunman.  Finally, after about 20 minutes, I relaxed.  The prayer was done.  I stood, looked at the picture of Jesus.  He’s in your hands, I said, turned, and walked away.

I returned to my desk and finished invoicing.

The helicopter still hovered when my husband and I went out to dinner that night, but when we returned, the skies were silent.

The next morning, I searched the newspaper for information on the incident before finding a brief article:  Altamonte gunman surrenders, it said, after holding police and swat teams at bay for over seven hours. He submitted peacefully at 7:40 pm.  No shots were fired.  Nobody was hurt.

Want to hear a beautiful song? Click here for 'Lord of all Hopefulness'. I love the prayerful lyrics and the images presented in the video and hope you do too. It's something beautiful to behold.