Here's what this cancer patient taught me 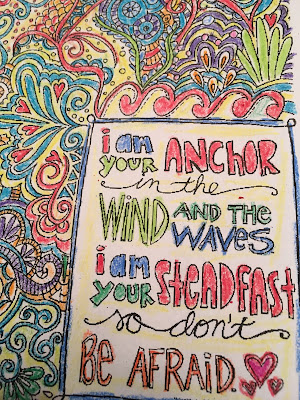 “Have a seat,” the receptionist said. “They’ll call you shortly.”

I surveyed the waiting room, hoping to find someone to chat with. I sat near a stately woman with silver hair, but she was reading a magazine. Across from her was a man who resembled a bulldog. He was texting. In the corner sat a brown-haired woman, staring at a home improvement show blaring from a nearby television.

Moments later, another patient arrived. He had a spring in his step and a smile on his face.

Mr. Mike signed in and turned his gaze toward the waiting room. His face lit up when he spotted the bulldog man.

The bulldog man broke into a smile as they shook hands.

“Pretty good,” the bulldog man said. “But I’d be a lot better if I didn’t have to be here.”

Inwardly, I grunted in agreement.  Surely we all did.  After all, we were cancer patients awaiting chemotherapy treatments.

“Oh, come on,” Mr. Mike said, wrinkling his nose and glancing around the room. “We’re all in this together. You don’t like coming here?”

He addressed bulldog man but his question fit each one of us.

“I love this place,” Mr. Mike continued. “These people are great. They do wonderful things here.”
Initially, I agreed with bulldog man. I didn’t want to be here today. I was annoyed that I had to endure cancer treatments. Recovery was much too slow. The chemo was working, but side effects had me struggling.

Mr. Mike’s words humbled me, breaking through my grumpy attitude. I cringed to realize how ungrateful I was for all that had been done for me.  My life had been saved. Had I lost sight of the goal?

Mr. Mike looked my way, then back at bulldog man.

“Dr. Reynolds is my oncologist,” he said, lowering his voice. “How do you thank the man who,” Mr. Mike’s voice choked with emotion, “who saved your life?”

Just then, the nurse emerged. “Debra,” she called.

I exited the waiting room with a nod at Mr. Mike.  I may never see him again, but I’ll always remember his poignant words:

How do you thank the man who saved your life?

Cancer or not, it’s a valid question for all of us.

We are all in this life together, struggling through the trials of this earthly existence, headed for a heavenly destination. Thanks to the salvific work of one man, our eternal lives have been saved.

Are we grumpy or grateful? Do we realize all that’s been done for us? Can we see the goal? Can we grasp the gift?

If so, I think we’ll have the attitude of Mr. Mike. We won’t be sulking in this waiting room called life, hiding behind magazines and television screens.

Instead, we’ll radiate joy. We’ll be thankful. We’ll encourage each other.

We’ll find a million ways to thank the Man who saved our lives.

Thank you for being here! I wrote this story last year, but it strengthens me as I begin another round of cancer treatments today.

Click here for Matt Maher's song, Lord I Need You. I do, I certainly do.